Frequently Asked Questions for playing online bridge games. Please add to the bridge FAQ section by submitting your questions to bridgebob@playonlinebridge.com. Hopefully these commonly asked questions and answers can help those who know how to play the game of bridge and those just beginning to play bridge transition to playing online bridge. 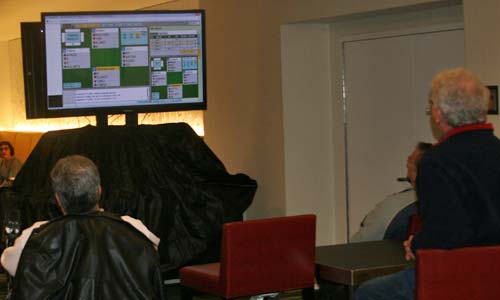 What operating system do I need? Most of the online bridge games use Flash to run their software. Since Flash is commonly installed on most browsers including Internet Explorer, Firefox, Safari and Chrome you should be able to access the game rooms from anywhere you have an Internet connection. Flash works on PC’s running Microsoft Windows, Mac and Linux machines so you should not have a problem with your operating system.

How do I join a game? The first step to playing online bridge games is to register an account at one of the sites. Choose a good username as that will be your visible name when you play. After you finish registering, log into the site and navigate to the playing page or in some cases download and install the gaming software onto your computer. The next step will be finding a table to play. In the lobby, you will see many games in progress and some games with open seats waiting for players to start. To join an online bridge game just find a seat at a table with a ‘Join’ button and click it. When the table is full with four players, you will be brought into the card playing room and the game will start.

Which online bridge site should I play at? Deciding where to play online depends on the type of game you are looking for. Yahoo and Pogo offer great places for casual games and those just learning the game. On the other hand, Bridge Base Online is the site used by tournament pros and players who take the game more competitively.

Do I need a full table to play? No, you can start the game with any number of the 4 seats set as computer players. The computer uses a fairly straight forward approach to bidding and game play. It is possible for players to join a game already in progress by taking over one of the seats occupied by the computer.

Does “watching” mean I can not join the game? Instead of being an active player in a game, you have the option of watching a game in progress. Many players will watch other players to study their style. If a game is in progress, you will have the option from the game lobby to observe that match. When creating a new table, players can choose options that limit the players that can join the game. If you do not meet the table hosts criteria for joining the game, then a watch button will be visible instead of a join button.

How can I play certain games in order to raise my rating? To raise your rating you will have to play rated games. As an option set by the table’s host, rated games change your online bridge rating and unrated games will not affect your online bridge rating. Having success against higher rated players will have a bigger impact on your rating compared to similar success against players rated lower.

How do you chat during the game? Every site offers the ability to chat with the other players at the table, or if you are in the main lobby to chat with other people in the lobby. To chat at the table, find the white box on the playing screen and type your text into the box. When finished with your message, click the submit button or chat icon and your message will appear for everyone at the table to read. Similarly, if you are in the main lobby, you can send messages through the lobby’s chat box which will be visible to anyone logged into the lobby screen. This is a good way to find players to join your game or to find games in need of players like you to join. You can also have a private chat by clicking on a player’s name.

Is playing online bridge free? Most places you choose to play are going to be free, but some sites might charge a subscription to be a member. Even the free sites can make money to pay their expenses through advertising on the site and by hosting masterpoint tournaments that cost money to enter. 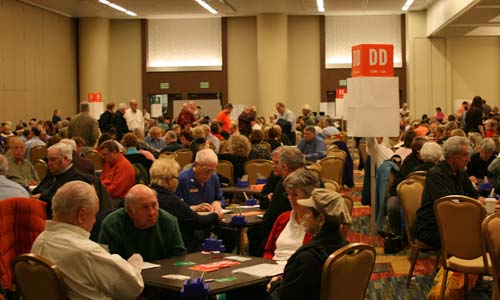