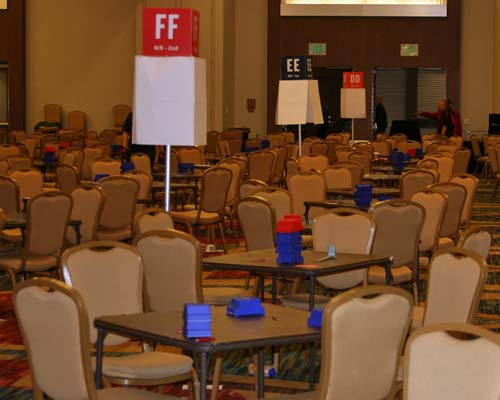 Choosing to play bridge online should excite you as games can be found at sites like Bridge Base Online where you can be getting started in just a few minutes. Every person spends some of their free time choosing activities that they enjoy and sometimes trying new activities. When it comes to card games people often ask, ‘Why play bridge?’ as the learning, playing and mastering of the game is very complex. Learning how to play bridge is definitely more challenging than learning most other card games and certainly has a greater learning curve than computer games and other leisure activities like golf.

Despite the perceived difficulty in learning how to play bridge, the time and effort to understand the complexities of the game make it incredibly enjoyable for many reasons. The truth is that the card game of bridge is played all over the world by tens of millions of players and bridge games online are played every minute of every day. The site more people play on the Internet is Bridge Base Online with games that are free and tournaments that attract all levels of bridge players.

You are not going to learn and master bridge in a single day, a week, a month or even a year. Bridge is one of the few games that you can spend your whole life studying, learning, experimenting and playing but you still will not have mastered the game. Known as “the game for a lifetime” bridge players are constantly being challenged with new strategies, new problems and new approaches to situations that the learning process will continue indefinitely. For beginners, you can quickly learn the game’s basics which will enable you to understand the game play and basic playing strategy and make playing bridge fun. However, the game requires effort and time spent learning the complexities in order to play well enough to hold your own at the table.

Bridge is a lifetime game and players with disabilities, physical ailments or old age have the capabilities to play the game well just like anyone else.

When asked the question why should I play bridge online the answer that many players give is that the game is lifelong pursuit as once you have learned how to play you will realize that the challenges and understandings that the game offers are very complex. The many aspects of the game will keep you interested and will certainly never bore you. With the competition being based on challenges that can cause even the best players to be humbled, the frustration and mistakes you will make will only add to your appreciation of the game. Not only do you learn from your mistakes, but the cool thing about making a mistake is that the hand will end soon and another will begin allowing you to try again. Each online bridge hand takes less than a couple of minutes to play out so the action is fast paced.

There are many reasons why bridge is the most popular card game in the world as evidenced by the thousands of bridge clubs in the United States, Canada, Europe and most other countries around the world. One of the reasons bridge is so popular is that the social aspect of the game makes players communicate and work together with their partner. At the same time you and your partner must compete against another partnership who are trying to similarly outsmart your own partnership. With the necessity in bridge to work together as a team in an ethical way while displaying fair sportsmanship to your opponents, bridge has a strong reliance on social values and the ability to communicate with one another. National bridge tournaments, regional bridge tournaments and local bridge tournaments happen throughout the year giving partnerships a chance to test their combined skill against other players. These tournaments and clubs give players a chance to meet other people forming friendships and finding new partners along the way.

The good thing is that when you consider playing bridge online is that as far as leisure activities go it is one of the cheapest. To play the game you only need only three other people, a deck of cards and if you are keeping score a pencil and paper. With the Internet those things are not even required anymore as many websites easily provide you with everything you need to start playing. The ability to play bridge online is an amazing tool for beginners, intermediate and advanced players as the games run smoothly, are set-up to be user friendly and enable you to match up against players of similar skill level. Bridge software programs available online or purchased can give you an opportunity to practice on your own. Playing online bridge games at one of the many free online bridge clubs is a great way to enjoy your free time and improve your abilities as you gain experience.

Variety of situations makes your brain work hard. With over 750 trillion possible hands that could be dealt, it is almost impossible to have the exact same situation occur in your lifetime. That results in your mind needing to evaluate every hand individually and create decisions on the fly that are particular to that specific hand. The more you use your brain the more mental sharp you will throughout your life. Bridge players have been shown in research to have improved reasoning skills and better memory. The long term and short term memory improvements you will notice in other aspects of your life and much of that can be attributed to the thinking and memorization practice you do while playing bridge. The whole brain will be energized by the opportunity to think deeply about the situations you encounter while playing. The left side of your brain and the right side of your brain are responsible for different functions such as logic, memory, communication, visualization, problem-solving and movement. By playing bridge, your mind is utilizing and therefore improving all of these aspects of your brain.

One thing that people do not realize is just how much your physical health can benefit from playing bridge online. It is no coincidence that bridge players are nearly three times less likely to get Alzheimer’s disease. All of the thinking your brain does while playing has a positive result on your immune system. The body produces more disease fighting white blood cells because the brain stimulation that is occurring during the game. The game improves reasoning and structuring of the mind, math sharpness for arithmetic, probabilities and problem solving, memory and concentration.

Online bridge games have made bridge card games a truly international phenomena. People all over the world are discovering why bridge base online and yahoo bridge online have revolutionized the bridge world to the extent that the game of bridge was one of the five mind sports that was played during the first World Mind Sports Games held in Beijing, China inside the Olympic Village back in October 2008. With over 100 million players worldwide coming from more than 130 countries the game is played literally all over all the time. Some famous bridge players include Omar Sharif, Bill Gates and Winston Churchill.

Whether playing online or in real life you will see that the bottom line is that bridge is a fun game to play. The high level thinking that can be reached playing bridge is on the same level as chess and the excitement of each game is comparable to that of playing poker. The more playing experience you get and the more time you invest trying to learn the strategies the more enjoyment you will get playing bridge. Though many answers can be given for the question why play bridge online?, the best answer is that playing online bridge is clearly one of the most fun, most exciting and most social card games you will ever play. 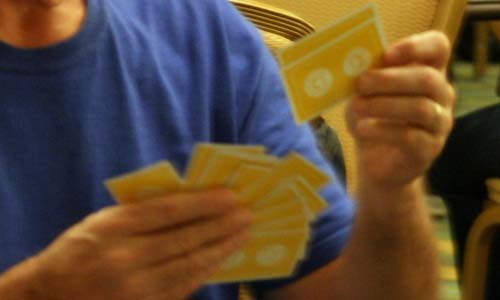 Bridge is a strategic card game based on trick taking that involves both skill and luck. The card game bridge is played with two teams of two players per team. The four total players sit in a circle facing opposite their partner. Also known as contract bridge the card game operates with an auction (bidding) and then the card play. When the hand is finished the hand is scored based on the results of the hand and the bidding.

Playing bridge online is a great way to practice the bridge bidding strategy. The bidding finishes when one team declares they will win at least a certain number of tricks and this amount is called the contract. The bidding on tricks can be done with a certain suit as trump or without trumps.

Like live bridge, the online bridge game play progresses with these four components: