The question of bridge vs. poker card games is a question which intrigues many people. Playing the card game bridge is in a way much like playing the many variations of the card games of poker. Both games have many things in common and that includes many players who choose to  play both. Poker and bridge popularity are both clearly on the rise as these skill card games are being played with increasing regularity all around the world. No longer is bridge a game played mostly by older people, as the competitive tournaments and complex strategies have attracted many young bridge players to try to master the game. Similarly, poker’s recent glorification on television and other media has created a considerable amount of interest among young people who enjoy learning the game of poker and enjoy the possibility of winning large amounts of money or just beating their friends. 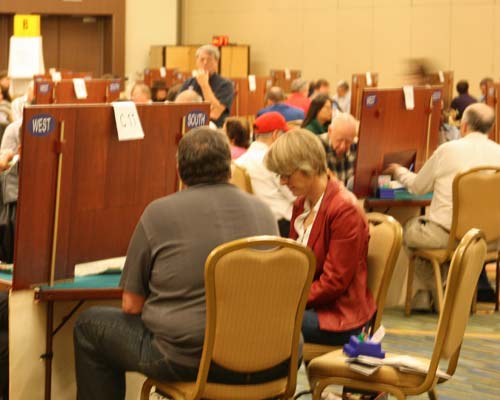 Bridge vs. Poker Similarities and Differences

When comparing the similarities of bridge vs. poker you will notice that players from different social backgrounds make up the player pool for each. Though not always the case, bridge players tend to be a bit more affluent than the average poker player. To play competitive tournament bridge, a person needs to be able to travel around the world to the many events that are being held in different parts of the world like the United States, Europe and Asia. These tournaments generally have small entry fees and small prizes for the winners. The motivation for tournament bridge players to play in these tournaments is their love of competition and the idea of gaining notoriety among their peers.

In the bridge verse poker debate you will see that poker players generally consider recognition among their fellow players as a secondary objective to playing high stakes poker tournaments. Most poker players compete in tournaments for their chance to win large amounts of money. Unlike bridge, poker tournaments have more expensive buy-ins to register in an event. The cost to play in one high stakes poker tournament is often hundreds or thousands of dollars. Winners of these tournaments earn anywhere from several thousand to several hundred thousand dollars for their efforts. These large prize pools attract many of the most talented professional poker players and many amateur poker players who both have a primary focus on scoring a big monetary win and are usually less concerned with the notoriety among their peers like you see among the top bridge players.

Both the bridge and various poker games are skill based and regular practice, lessons and experience are necessary to even come close to mastering either one. The successful strategies for winning both types of card games are constantly changing so a tactical play which has worked in the past might not be so effective in the future. Each game requires thoughtful play to make the best possible decision. During the course of a hand, the optimal play may be missed because of a player’s emotions which may cause them to play impulsively or in retaliation to something that has happened previously in the game. These emotional mistakes can happen to players in both bridge and poker and their lesser decision-making effects the optimal play they should have made in that situation which in turn effects the outcome of either game.

A comparison of bridge games and poker games also shows that both of these games have unique histories that date back hundreds of years in which many variations and advances have created these card games as we know of them today. For many years the desire to be the best at bridge or the best at poker has made many players change their entire lifestyle. Many bridge and poker players have become obsessed with finding success in these increasingly more competitive games that they neglect their families and friends with their obsessive desire to obtain their desired level of success.

In learning how to play bridge vs. learning how to play poker you will see the rules of poker are much easier to understand. A beginning poker player can understand the basics of playing poker in less than hour but they will need a substantial amount of experience to play well enough to have sustained success in tournaments. A beginner to playing bridge will often be overwhelmed at first with understanding what to bid, what to play and what are the standard conventions used during play. Thus the rules and intricacies of bridge are more in depth than poker and beginners will have a much harder time learning the fundamentals of the game.

Poker tournaments have an element of luck involved in that even though in the long run the better players tend to win more often than they lose, the cards are dealt randomly and on any given hand a player with less skill level can win. Poker players understand the variance in playing poker tournaments. They understand winning every time is impossible, but winning just once in awhile can make them an overall winner by paying for all the tournament buy-ins in which they have entered in the past and giving them something extra as their overall profit. Bridge tournaments have tried to eliminate the luck factor from the cards by having all partnerships in the tournament play the same hand. This competitive tournament bridge is known as duplicate bridge. In duplicate bridge, since each table has the same exact hand being played, the scores from each hand can be compared to one another and the team who plays the best relative to their opponents will win. Better bridge playing partnerships finish higher more consistently in duplicate bridge tournaments as you will often see the top teams over and over again in the top of the final standings for the top prize.

The main difference when looking at playing bride vs. poker is the concept that poker is played by an individual and bridge is played as a partnership. In poker tournaments you will either win or lose based on your own decision making. In bridge tournaments, your partner has a lot of influence in the results. Furthermore, bridge tournaments are often played with teams of 4 players. In this way, hands are evenly played among two different teams. With both teams represented at the different tables against one another, the same exact hand is played. The cards given to the one partnership at one table will be given to the other team’s partnership at the other table and after the hand is played at both tables the scores can be compared to see which team played the same hand better. In poker understanding your opponents playing style and figuring out his betting patterns is important to making the right decision when playing against him. On the other hand, in playing bridge much of the information about the opposing pair’s playing style is shown in their convention cards which are exchanged before the match begins. Therefore, when playing bridge it is very important to understand the meanings and intentions of bids and card play of your own partner.

When looking at the similarities and differences with bridge vs. poker you will understand that both card games have many of both. The best players in both games use mathematical odds, hand reading skills and many other factors to play optimally. Many bridge players and poker players enjoy playing both of these card games online and in real life because of the many skills which make a great bridge player the same skills that make a great tournament poker player. 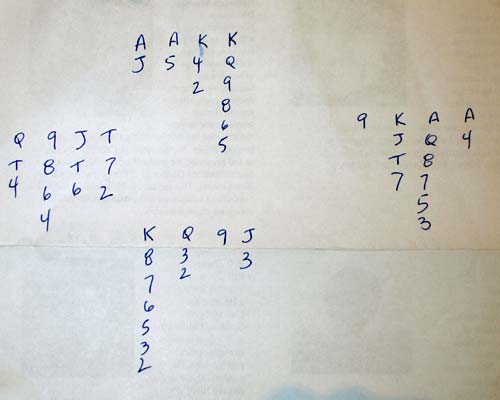 Boy was I wrong, bridge is much tougher to learn than any other card game and very difficult to master. Yet, the complexities of the game and the challenge of the competition makes the game awesome.

The biggest card game difference between bridge vs. poker playing is having a partner in bridge where in poker you play alone. Often the ability of your partner, experience playing together and understanding his actions is the most vital part to playing bridge at the highest levels. Both games offer exciting high profiled tournaments and intense playing sessions, but the comparisons of bridge to poker seem to show the two are very different card games.

Bridge is totally different than poker and the learning curve so much steeper. I have taught people the basics of playing poker in less than an hour, enough so that they could passably play in an inexpensive poker tournament. On the other hand, I have spent many hours trying to learn the game of bridge and yet I still do not understand it completely, or for that matter anywhere close to completely. Basically, the bidding part is easy to learn but choosing the right bid is not so straightforward. You have to arrive on a good contract and that means making decisions with lots of missing information. The play of the hand adds another dimension to the game as trick taking can sometimes be obvious in which way you should play your cards but at other times there may be many different strategic reasons to play your hand differently.